On April 19, a lawsuit began pitting three heavily populated counties in California along with the city of Oakland against the following pharmaceutical companies that were involved in manufacturing synthetic opiate prescription pain killers (opioids): Johnson & Johnson, Teva Pharmaceutical, Endo International and Allergan.

The plaintiffs are seeking over $50 billion in damages. The bench trial, meaning it will be decided by a judge instead of a jury, is expected to last several weeks. In the past, drug makers have denied any responsibility for fueling the nation’s opioid epidemic, which has killed over 500,000 Americans over the last two decades.

Defense attorneys, Law360.com reports, are trying a bold new tactic: downplaying the severity of the epidemic, and arguing that there are other health crises facing the nation.

For instance, an attorney for Allergan referenced widespread methamphetamine and alcohol use in Orange County, one of the four entities suing the drug makers. A former public health official in Orange County, Dr. Nichole Quick, who is testifying as an expert witness in the trial was asked about alcohol addiction.

“There is and continues to be problematic alcohol use in the county,” Quick said, per Law360.com. Quick said that there are numerous emergency department visits related to alcohol. But by late 2020, the year Quick left her position as the top county health official (due to death threats she received because of her handling of the coronavirus pandemic), there were twice as many emergency room visits for opioids.

Asked if  there is a public health crisis in Orange county due to drunk driving, Quick  acknowledged that impaired driving is indeed a problem but one in which prescription drugs such as opioids are a contributing factor.

Quick also seemed to dispel attempts by defense attorneys to downplay the opioid epidemic by citing California Department of Public Health data, which revealed that in the second quarter of 2020, the opioid fatality rate rose to around 10 per 100,000 residents in the county, up from approximately six per 100,00.

“This suggests to me that there continues to be an opioid prescription overdose public health crisis in the County of Orange,” Quick said, per Law360.com. Quick added that non-fatal overdoses had also risen in the county. The rates of overdoses due to the powerful synthetic opioid, fentanyl also spiked during this time, according to Quick.

Defense attorneys also downplayed the severity of the opioid epidemic by referencing the nation’s struggle with obesity. However, Orange County has a lower rate of obesity than the national average. Defense also referenced health problems associated with tobacco smoking.

Per Law360.com, Purdue Pharma is also named as a defendant. However, the Oxycontin maker is going through a bankruptcy restructuring thus there is a pause in litigation against the company that’s arguably the face of the opioid epidemic.

In opening arguments, attorneys for the four California governments claimed that the Golden State was flooded with 20 billion doses of opioid drugs over a 20 year period.

Defense attorneys are also relying on the strategy that the “public nuisance” claim brought on by the plaintiffs paints too broad a picture, Law360.com suggests.

What this trial is really about, the defense is arguing, is false marketing. Law360.com says that accusations of deceptive marketing practices require proof that drugmakers dishonestly violated product labeling approved by the U.S. Food and Drug Administration. 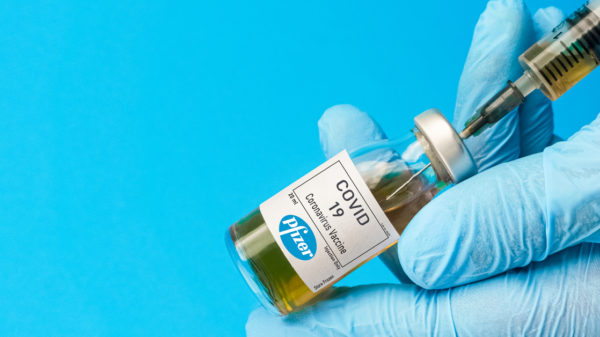