Wine producers in Texas filed a lawsuit earlier this month against pharmaceutical giant Bayer and chemical giant, BASF. The vintners allege that the co-creators of the herbicide, dicamba, has caused extensive damage to their grape crop.

Most media attention focuses on the herbicide, glyphosate, which is the main active ingredient in the Roundup line of weed- and grass-killers. Roundup was invented by Monsanto, which was acquired by Bayer in 2018 for $63 billion. By taking over Monsanto, Bayer not only assumed control of Roundup, the Germany-based company  inherited Roundup lawsuits, which would eventually number over 125,000.

But dicamba is also a controversial herbicide. Environmental advocates claim that the use of this soy- and cottonseed-killing weed killer has led to an epidemic of herbicide-resistant superweeds.

Last year, a U.S. Court of Appeals vacated the Environmental Protection Agency (EPA)’s 2018 conditional registration of three dicamba-based herbicides, two of which are sold by Bayer (under the brand name XtendiMax) and BASF (Engenia).

The ruling, based on concerns over drift damage to adjacent farms that don’t use dicamba, led to a pause on the commercial sale of these specific dicamba herbicides.

Drift damage caused by dicamba has crippled grape crops, which have no resistance to the pesticide, plaintiffs’ attorneys allege in the lawsuit, per reporting by the Associated Press.

The suit was filed in Jefferson County, TX, which is home to Lubbock.  According to the Lubbock Avalanche-Journal, over 85% of all wine grapes grown in the state are cultivated within an hour’s drive of Lubbock. The Journal places the value of the state’s wine industry at over $13 billion.

Per AP reporting, vineyards, most of which are family-owned in the region, have reported losses of more than 90% to their grapes.

These losses, the suit’s complaint claims, have occurred ever since Bayer/Monsanto and BASF started selling genetically-modified seeds that are resistant to dicamba, to cotton growers in the region.

“The vineyards have seen their production fall dramatically, and what grapes do grow are often rejected for poor quality,” the lawsuit says, per the AP.

The viability of the state’s vineyards is in jeopardy because dicamba is sprayed on approximately 2 million acres of cotton in the state’s High Plains region, according to the suit.

Numerous farmers have filed dicamba drift-damage lawsuits against Bayer and BASF. In February 2020, Bayer and BASF were ordered to pay $265 million to a Missouri peach farmer for crop damage.

Earlier this year, farmers and conservation groups filed suit against the EPA, challenging the agency’s re-approval of dicamba as a pesticide. Currently, XtendiMax remains a restricted use pesticide; farmers must apply to be a certified applicator and undergo annual training. 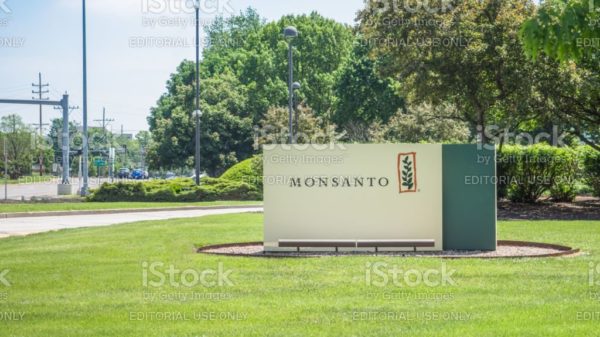