Approximately 10 percent of the U.S. population has type 2 diabetes. Another 85 million have prediabetes, which if left untreated, can result in type 2 diabetes. If current trends continue, by the year 2050, 1 in 3 Americans may have type 2 diabetes, according to the Centers for Disease Control.

In light of this epidemic, what can be done? Many people assume that by taking a medication to lower blood sugar levels, type 2 diabetes can be managed. In other words, take a pill, problem solved. But even if you take medication for type 2 diabetes, having the chronic disease still places you at a greater risk for:

Furthermore, diabetes isn’t only a blood sugar problem. In fact, there are some surprising things about diabetes that your doctor may have not told you….

Sure, eating and drinking stuff with lots of sugar contributes to type 2 diabetes. But many people don’t realize that diabetes mellitus doesn’t start and end with dietary factors. Stress, whether it’s physical, chemical, or emotional, can be a major contributor to diabetes.

As an example, the carcinogenic chemical, glyphosate, which is the active ingredient in the weed killer, Roundup, can contribute to type 2 diabetes.

How? Chemical stressors like glyphosate deplete minerals from the body. When mineral levels plummet, your body can’t activate the vitamins you eat from food. Furthermore, stress of any kind raises your blood sugar and blood pressure levels. Stress also makes you more insulin resistant.

But yes, diet is a big factor. We’ll get to that more in detail further on. But for now, let’s talk about how glyphosate in food can contribute to type 2 diabetes….

Traces of glyphosate can be found in our water supply and virtually all the conventionally-grown wheat, corn and soy crops. The herbicide is sprayed on plants that produce the food we eat. As a result, most breads, processed foods and any non-organic food item that comes in a package may contain glyphosate. And not only does this chemical deplete the minerals from within your body, it also depletes minerals from the soil.

Type 2 diabetes, therefore, is very much a problem of chemical stress and mineral deficiency.

Tip: Eliminate your exposure to Roundup and all other household products that may harm your health. Purchase organic produce and avoid highly-processed food (avoid packaged food with more than 5 or 6 ingredients).

With type 2 diabetes, the hormone, insulin loses its ability to drive blood sugar (glucose) into the cells. This condition is also known as insulin resistance. Many people assume that blood-sugar lowering drugs such as metformin resolve the problem of insulin resistance. While metformin may help improve the way your body responds to insulin, the drug doesn’t necessarily lower your insulin levels to the point that it will cure your diabetes. (There is currently no cure for the disease.)

A study in The Journal of Clinical Endocrinology & Metabolism from 2014, analyzed women with PCOS. Despite losing weight during the trial, the women’s insulin levels did not improve by taking metformin. “Insulin sensitivity did not change despite the weight loss,” conclude the researchers. (Insulin resistance is a metabolic factor in approximately 65% of women diagnosed with PCOS.)

Another peer-reviewed study suggests that in people with a rare genetic disorder called SHORT syndrome, metformin may make insulin resistance even worse. “Metformin treatment might be potentially harmful in these patients,” the study authors conclude.

Diabetes Is Caused By Other Hormonal Imbalances

Resistance to insulin isn’t the only root cause of type 2 diabetes. Resistance to another hormone called ‘leptin’ may also be a trigger. Leptin hormone is also referred to as the satiety hormone; it sends a signal to the brain that you’re full and don’t need to eat anymore. Not only does leptin reduce appetite, the hormone also lowers blood sugar levels, increases metabolism, and breaks down fatty acids.

People who are overweight are likely to be leptin resistant. And because 85% of diabetics are overweight, it stands to reason that most people with diabetes are resistant to leptin. No matter how big of a meal you eat, if you are resistant to leptin, your brain does not receive the message that you’re full. Even with that big meal, your brain thinks you’re starving if it doesn’t get the memo from leptin. That’s why it’s so easy to gain weight and so difficult for some people with type 2 diabetes to lose weight.

Tip: To increase your sensitivity to leptin, cut down on the same foods you should avoid for high blood sugar. Eat lots of healthy fats (avocados, olives, eggs, nuts and seeds) and low-starch veggies (leafy greens and cruciferous ones such as broccoli and cauliflower). Also try intermittent fasting, which is going at least 12 hours in between your last bite of dinner and first bite of breakfast. Getting regular exercise and taking leptin supplements may also help, although for the latter, there’s not enough evidence that it works. (Leptin supplements don’t contain the actual hormone. Rather, they contain ingredients that may help increase leptin sensitivity.)

Myth: The Lower Your Blood Sugar, The Better

Keeping blood sugar levels in check is smart. But you don’t want blood sugar levels to go too low. In fact, intensive glucose lowering treatments can be deadly. In a review of 13 studies involving over 18,000 patients published in the British Medical Journal, here’s what the researchers discovered:

Myth: Diet Drinks Are Safer For People With Type 2 Diabetes

Another thing your doctor won’t likely tell you about diabetes is that drinking diet soda may double your risk of developing obesity. Again, 80% of people with type 2 diabetes are either overweight or obese.

Just having one artificially-sweet drink a day can increase your risk of developing type 2 diabetes by up to 13%, according to this study. And according to WebMD, diet soda also raises your chances of developing diabetic blindness. (Well, at least your online doctor [WebMD] warned you.)

Type 2 diabetes (which accounts for 95% of all diabetes patients) is caused by more factors than eating too much sugar. Although there is no cure, managing stress levels and eating a diet rich in fiber and healthy fats (flax oil, fish oil, cod liver oil are also excellent sources), walking after meals and taking a trace mineral supplement can help effectively manage it. 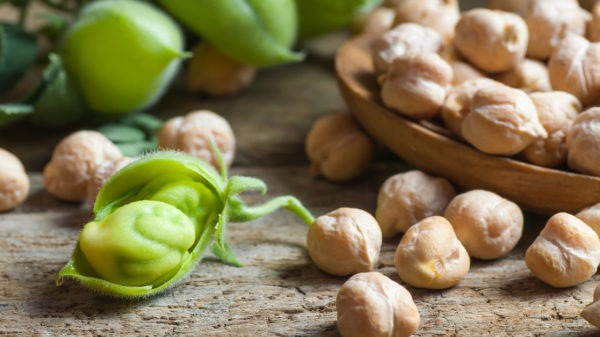 Can You Manage Diabetes And Enjoy Moderate Alcohol Consumption?